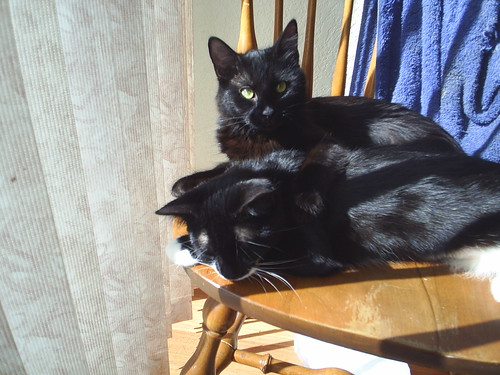 The folks who hang on my IRC channel have occasionally seen gibberish come across their screen as a kitten walked across the laptop keyboard. That’s Ebony, and she’s the all black kitten in back. She has a paw draped over her sister, but it’s kinda hard to tell because of black on black problems.

The kitten in front is Curly, so named because her tail is kinked, and when she was little, it was curly like a pig’s tail. She’s much less daring than Ebony (and thus not prone to type on IRC), but she’s a real sweetheart when you approach her on her terms.

The two of them came into my life about a month ago, when their owner had a bit of a desperate situation and needed to get out fast, which meant we ended up providing a place to stay for three kitties (the two kittens and their momma). But their owner has found a better situation, and kitties are going to be leaving tomorrow. I’ll miss them.

Since it’s hard to see Curly in this picture, I’ll provide another here (or under the cut, for LJ syndication). 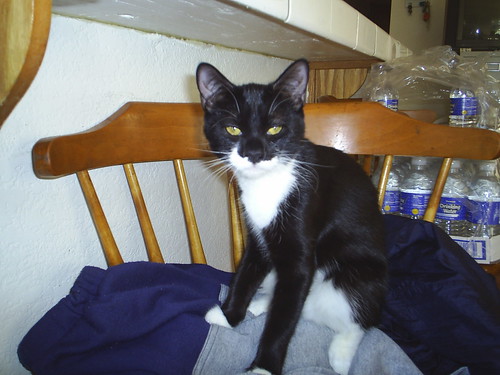