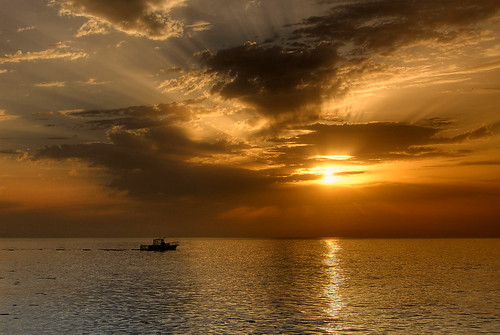 My psychiatrist chewed me out today. I can’t say I didn’t deserve it. In fact, in all honesty, I needed to be spoken to bluntly about the subject.

You see, last…oh, god, June, was it? When California was having really awful budget problems (err, well, I guess that’s still now, never mind — anyway, last summer), one of the consequences of the lack of state money is that I got kicked off the county mental health program. My psych gave me the number for the place he was moving to, and I made an effort to call, but of course, the callback went to the answering machine and I never got around to returning the tag. I had a couple refills in the system, so it wasn’t really any big deal — so I just forgot about making a new appointment.

…which leads to December and coming off the meds in a rather messy fashion. And yeah, this is a big no-no. Add in that I’m fairly certain the thyroid is out of whack again because I’ve been avoiding my primary care doc — I hate doctors that don’t listen to me — and yeah, it’s probably no frakking wonder *why* I crashed hard in December.

I’d went with the thought that I’d make no resolutions this year, but that’s kinda morphed around a bit. I think I do need to make some. I’m going to keep them low key and somewhat nebulous, because I’m fragile enough that not making them is going to hurt. So I’ve got two semi-nebulous ones out there:

The first is relatively intuitive; the second is just a way of stating “do more fanac in 2010″. I mean, technically, if folks want to include me on their nominations list, that’s awesome, but I want to sorta feel, in my own mind, that I’ve done something I can point to and say that I’ve earned it.

But the doc’s kinda put a 1A that pops up to the top of the list — figure out where this tendency towards self-sabotage is coming from and begin the hard work to thwart it. I mean, I hear you all saying that I’m smart and I’m talented and all of that, and … yeah. I wanna believe you; I’m not entirely sure I can. Which plays into this, I think.

So, I had four monthly goals to achieve, and have done one. A second is coming up because performance reviews are on the table at work…which just makes my stomach even more flippyfloppy.